It has been an interesting week for Eastbourne's climate change campaigners!

Organised by Climate Coalition, SPEAK UP #fortheloveof was the UK’s biggest ever lobby on climate change. Around 9000 constituents went to lobby Parliament, meeting with over 250 MPs across all parties. 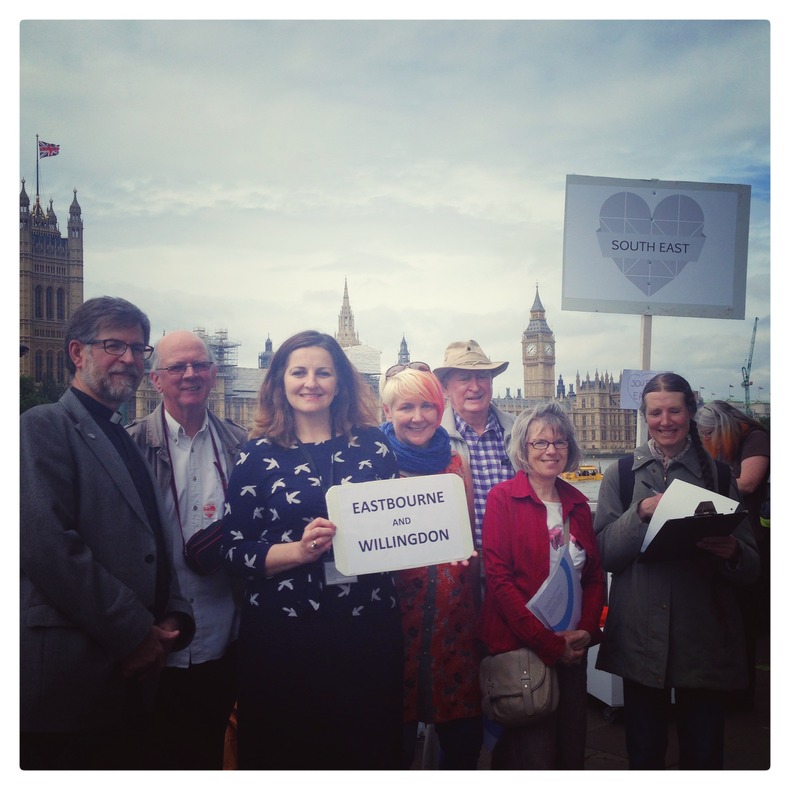 A group travelled from Eastbourne to meet with Caroline Ansell, our newly appointed Conservative MP. Having attended every hustings during the local campaign, where climate change was hardly mentioned by any prospective parliamentary candidates other than the Green and Independent, we were keen to discuss the concerns of constituents face-to-face.

Renewable and sustainable energy, anti-fracking, better, cleaner transport, flood risks and international aid all featured during our conversation. We were given a generous amount of time, agreement on many of the issues we raised and requests for more information where we differed. Caroline offered her full support for the Friends of the Earth ‘Run on Sun’ campaign, expanding on this with a wish to see solar panels installed on commercial roofs as well as schools. A great start, which will be followed up with Caroline when we meet again, in Eastbourne, in a month's time.

Highlights from Wednesday include meeting with another Caroline, Lucas this time, who rightly acknowledged that many voters were disappointed by any serious commitment to addressing climate change by politicians either during the election, or in the Queen's Speech. 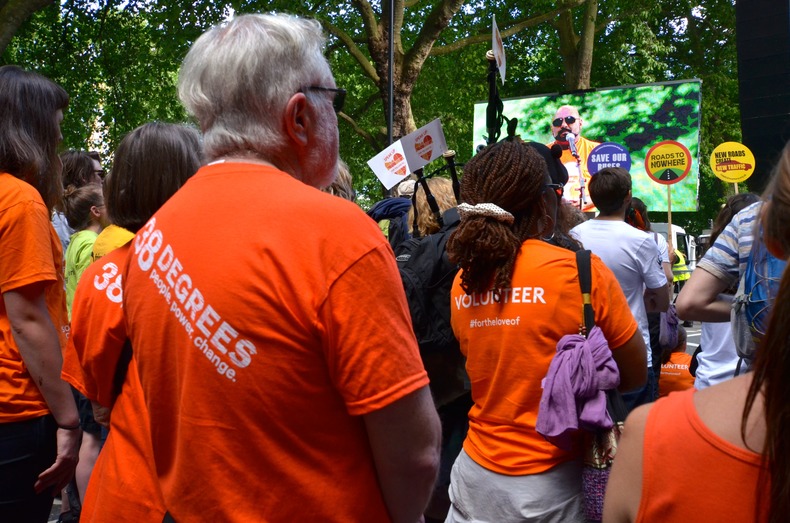 Asad Rehman of the Climate Coalition probably gave the most impassioned speech of the day, acknowledging that "we are in a time of crisis". His rallying cry was that if, following the talks in Paris in December, the politicians and Governments do not take the action needed then we must all take the power in our hands to demand they do.

Thursday 18 June 2015: Hope from the Pope (but not from the Conservatives)

Pope Francis delivered his historic encyclical on climate change today, building on growing public pressure, and hopefully political momentum, in the months leading up to the Paris conference in December. His 180 page cry from the heart called for moral action to address "climate change [which] is a global problem with grave implications: environmental, social, economic and political...it represents one of the principle challenges facing humanity in our day".

Today the Department for Energy and Climate Change also made an announcement, that UK onshore wind farms will be excluded from a subsidy scheme a year earlier than originally set out in the Conservative Party manifesto.

So, by the end of the week we have thousands of people lobbying their MPs in the UK to take steps to address climate change; we have an historic clarion call by the Head of the Catholic Church, imploring nations to take greater responsibility for the effects we are all having on climate change and then we have a Conservative Government who are reducing subsidies on renewable energy schemes.

Whilst I disagree with many other views held by Pope Francis, I am with him, Caroline Lucas, Asad Rehman and many, many others on this one. Climate change is the greatest threat our home, the Earth, faces. Those charged with political power must take up the Pope's message of hope, that "human beings are capable of rising above themselves, choosing what is good".

As we asked of them on Wednesday, our MPs must show a moral leadership and stand against behaviours which threaten our future. These behaviours include supporting dirty energy at the expense of renewables. MPs and the Government need to grasp the importance of moving away from fossil fuels - keeping them in the ground.

If they don't take a serious stand in protecting our 'home', then we, collectively, must. 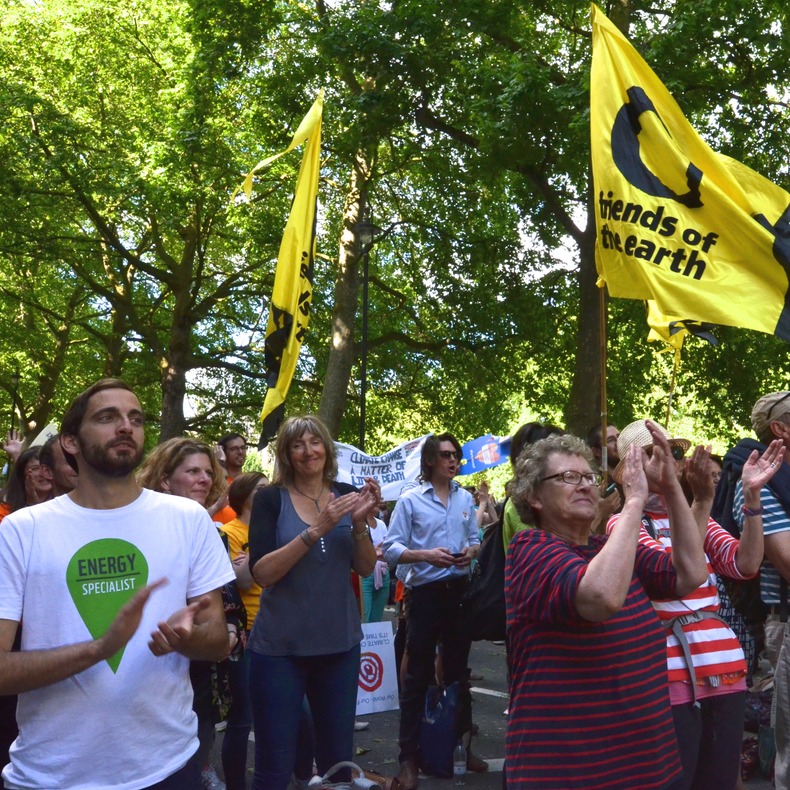