A pledge by Andrew Durling, Green Party Parliamentary Candidate for Eastbourne, made on 25 April 2015

I’m standing in this general election because the call of millions of people in this country for a fairer society has been ignored for so long. The MPs who represent us in Parliament have let us down too many times, breaking so many of their promises once an election is over.Many of those MPs have brought Parliament into disrepute by fiddling their expenses, pushing for big pay rises, or selling themselves out to corporate lobbyists. No wonder so many people feel alienated from politics and don’t want to vote at all. 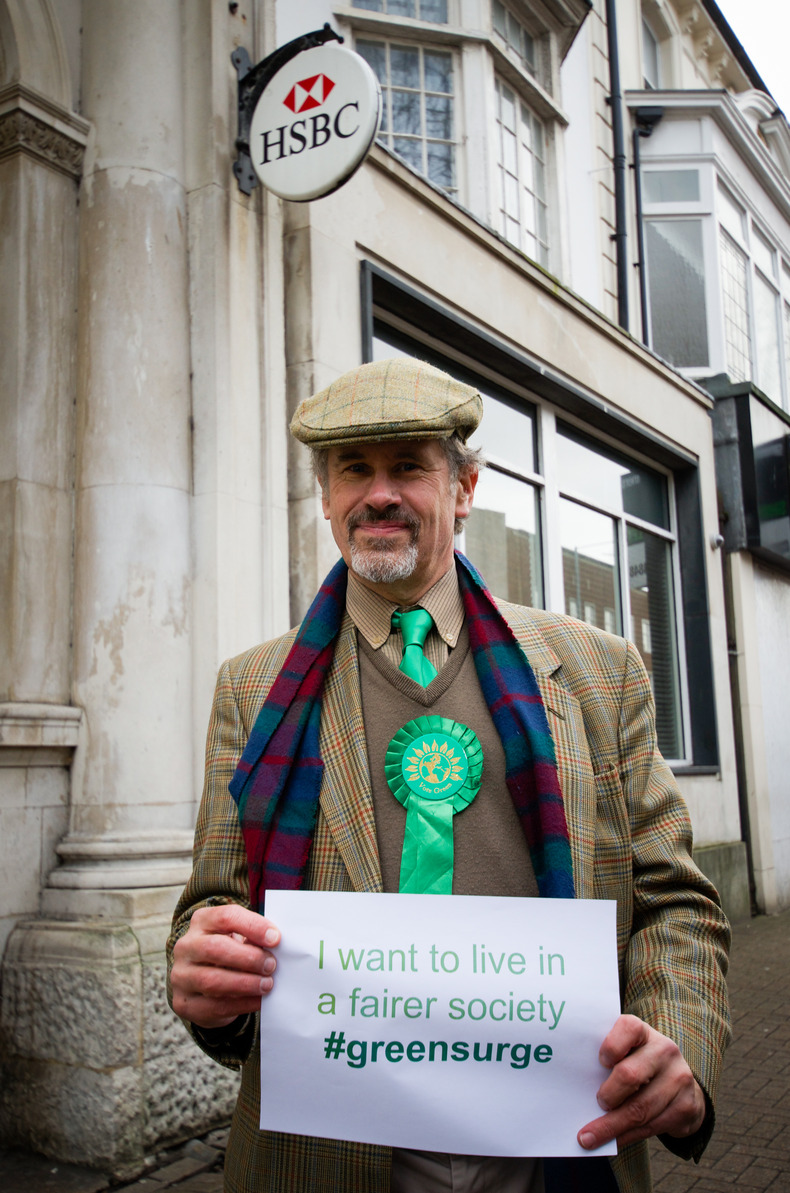 If elected, I won't say one thing and do another. I want to be an MP who sets an example, helping to reform Parliament so that it can earn the respect of the voting public again. That means making promises I know I can keep.

Here is one promise I can, and will, keep. If you elect me as your MP for Eastbourne, I will donate half of my MP salary every year to charitable causes in Eastbourne, to help those in poverty or distress. I’m promising this because it’s no good MPs asking us to make sacrifices if they’re not prepared to make sacrifices themselves. From next month, MPs will earn £74,000 per year, an 11% increase on last year. This is more than 90% of us earn. MPs also get very generous expense accounts for their travel, accommodation, offices, support staff, etc.

I’m lucky in that I don’t need £74,000 per year. I’ve survived in life happily enough on far less than half that amount. I regard being an MP as an opportunity to engage in selfless service on behalf of all my fellow citizens, so I’m more than happy to donate half my salary for every year that I’m an MP. I’m not in it for the money. I’m sure that many of the people in Eastbourne who are in dire straits would benefit greatly from the practical help provided by the charities receiving the money, and I’ll ask everybody in Eastbourne to vote on how best to donate it.

They say that charity begins at home, so I’ll begin my charity here in Eastbourne and do my bit to help reverse the damage that the austerity policies of the Conservative & Liberal Democrat Coalition Government have inflicted on us over the past 5 years. I hope that other MPs might follow my example, helping to restore faith in our parliamentary democracy. A sense of fair play is one of our better traits, and in a time when the rich are getting vastly richer while the poor are getting so much poorer that many of them face hunger and have to rely on foodbanks, it is time to apply that sense of fair play to building a society that is fair for all.

I’m proud to be a member of the Green Party, which believes that fair is worth fighting for. So let’s be fair; let’s ask MPs to put their money where their mouth is!